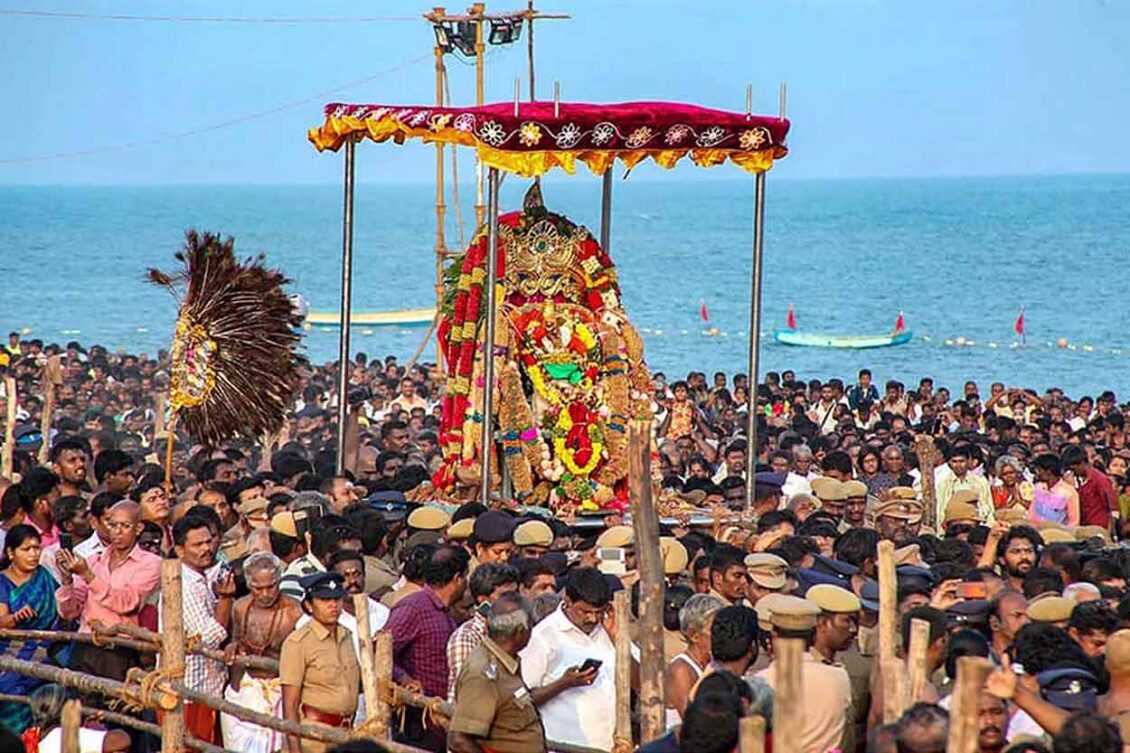 In October 2011 I had the chance to witness the important Skanda Sashti festival at Tiruchendur. The background and the procedure of the festival is the following:

According to Kanda Puranam (the largest Mahapurana, a genre of eighteen Hindu religious texts), once three asuras (celestial demonic beings) Surapadman, Singamugasuran and Tharakasuran (which are but the three evils in man: Anava/Ego, Mâyâ/Illusion, and Kanma/Anger) were causing great troubles to the celestial Devas. The extermination of these evil forces, especially the fight against Surapadman, by Lord Subramanyam [Murugan] is yearly celebrated by the Skanda Sashti festival in October/November.

The festival at Tiruchendur lasts six days, commencing on the sixth day of the waning moon of the month. The climax of Skanda Sashti is on the sixth day when the ‘Destruction of the Titan’ (Surasamharam) takes place. The events leading to the defeat of Surapadman are demonstrated on the seashore on the evening of the Sashti-day by actual representations of the several transformations of the asura and of his defeat every time. (cf. http://tiruchendur.org )The different manifestations are:

Patrick Harrigan, M.A. is the publisher of Murugan Bhakti websites including: | Murugan.org | Kataragama.org | PadaYatra.org | Palani.org | Tiruchendur.org --and numerous other in-depth websites devoted to Skanda-Murukan, the ancient multifaceted pan-Indian deity associated with love, war, the Tamil language and the gnostic mysteries.
You might also like
Kanda SastiKanda Sasti