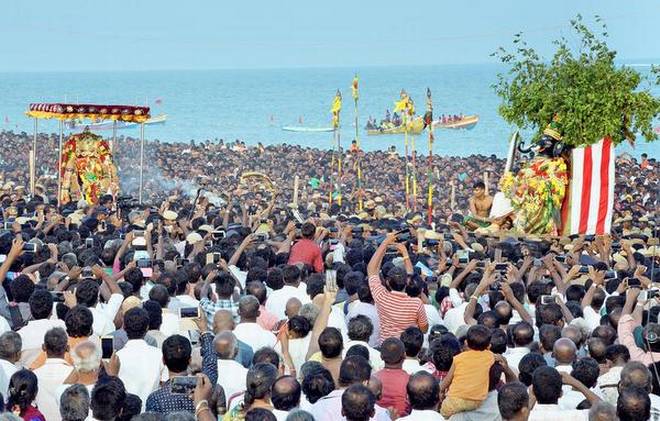 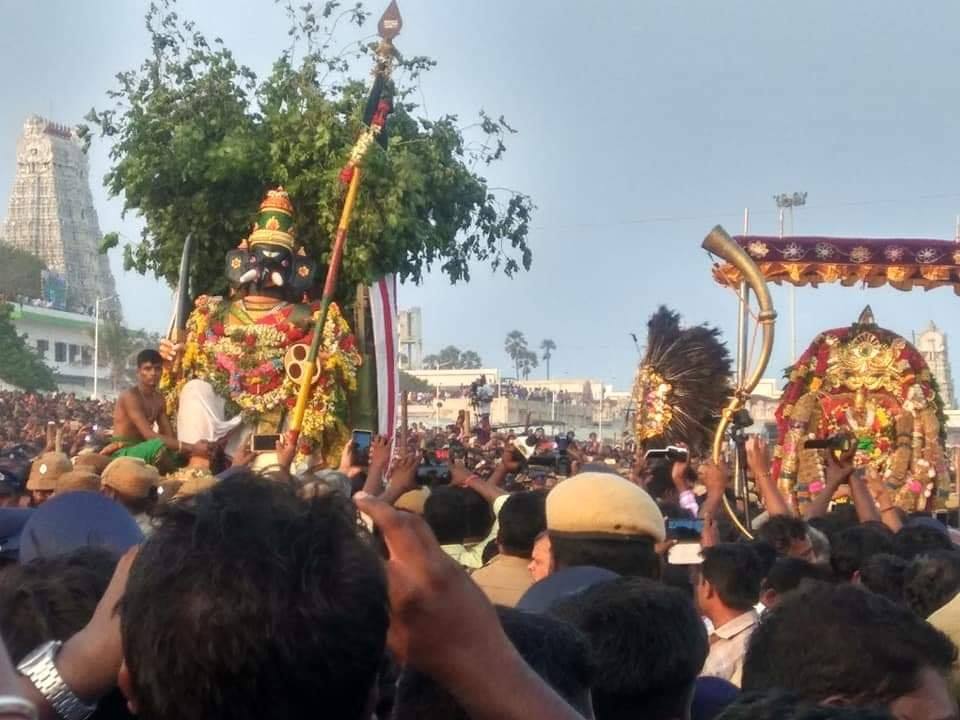 Soorasamharam holds special religious significance for Tamilians. The greatness of this day finds mention in Hindu scriptures like the ‘Skanda Purana’. According to the Hindu mythological stories, Surapadma along with other demons defeated the Devas and captured earth. They then started spreading Adhrama everywhere. To put an end to this, Lord Murugan who is the son of Lord Shiva and Goddess Parvati, appeared as the commander of the Devas. The battle between Lord Murugan and Surapadma continued for six days and on the last day, Lord Murugan killed Surapadma with his ‘Vel’. From then onwards this event is popularly referred as ‘Soorasamharam’. The celebrations of the day signify the end of all evils.