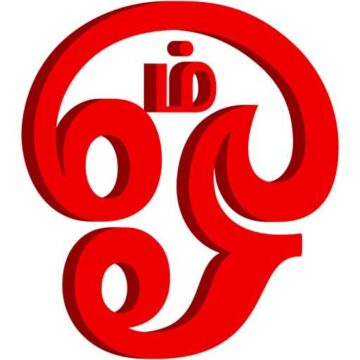 One of the six places of worship dedicated to Lord Murugan, the shore temple of Arulmigu Subrahmanya Swami at Tiruchendur has a unique significance as the culmination of the concept of Muruga. With its lofty tower of about 140 feet, it has a holy past dating back to two thousand years, if not earlier. References are available in such texts as Purananūru, Silappadikāram, Tirumurugatrupadai, Adi Sankarar Śrī Subramanya Bhujangam, Kanda Purānam, Tiruppukazh, Tiruchendur Pillai Tamil, etc.

As one of the foremost spiritual centres, the temple has been an attraction for Hindus for ages. In the Tirumurugatrupadai, a classic of the third century AD, six chosen spots in The Tamil soil were referred to by Nakkīrar as of more than ordinary sanctity for the worship of Lord Murugan, among which Tiruchendur is number two. This was the only temple of Lord Muruga located on the seashore. His shrines are always situated amid mountains and forests, for these regions are considered dear to Lord Murugan. The variance here is possibly due to Muruga’s divine mission to free the devas, and the vanquishing of evil in the form of Surapadma and his mighty hosts in Vīra Mahendram, their mid-ocean fortress. The Tamils have ever since been celebrating the event as an annual festival during Skanda Sasti.

At this spot, Lord Muruga was said to have emcamped before and after vanquishing the asuras and worshipped Siva at the shrine Mayan had built for Him. The Kanda Madana Parvata, the red sandstone rock of this coast received its foundations. A lofty gopuram also rose beside it. A part of the cliff was bored into to form the holy sanctum of Subramaniam. The red sandy rock round about was further carved into, and the rolling hills of sand moved away to gain more space. The second and thrid praharas were then desinged and brought into being. The Pandya and the Chera, their vassals, improved the temple. Maharaja Marthandavarma of Travancore Samasthanam endowed the very first Udaya Marthanda Kattalai of each morning and others followed in the nine aradhanas of the day.

As time rolled on, the effect of the sea and its salt-laden air began to tell upon the inferior sandstones used in the original construction. A noble sannyasin, Mauna Swami, immediately took up the renovation and was followed by two others, Kasi Swami and Arumuga Swami. The work continued during the course of 72 years. The sannyasins were wedded to poverty, but nevertheless funds poured in for the construction of a worthy temple to stand for all times. The temple was constructed anew in all its details and kumbhabhishekam was performed in 1941. The temple and its gopurams of nine floors are a landmark visible at sea for twelve miles.

Lord Muruga’s association with Tiruchendur is significant. Tiruchendur, a sacred and prosperous town of victory, was also known as Tirucen-Centilūr in the Tamil classics. The Vasanta Mandapam is a recent noble edifice standing on 120 columns and with a central porch. The Ananda Vilas Mandapam stands on a raised sandy promontory majestically overlooking the sea. It is a mandapam of 16 pillars worked in black granite. The Shanmukha Vilasam, a magnificent mandapam of intricate stone plinths and columns, is the frontal adjunct to the main temple. It houses an ornate mandapam of four pillars in the centre, and this touches the ceiling through its elaborately carved and majestic pillars and supports the entire Shanmukha Vilasam.

The main entrance of this temple opens into the first temple prahara known as Sivili Mandapam. It is a series of four long corridors running round the inner second prahara flanked on either side by familiar rows of columns of yalis. The Sivili Mandapam produces a fine effect of symmetry and randeur. There is a Vishnu shrine of Lord Venkatesa on the norther prahara. Shrines to Vishnu withing ancient Saivite temples are common in South India as in Chidambaram, Rameswaram, Perur, Tiruchengode, Sikkil, etc. This Vishnu shrine is hollowed out of the rock itself.

The principal sanctum of this great temple is Subramaniam, the Lord of Senthil. The figure is seen in a standing posture. The principal sanctum has all the full complement of mandapas. The temple Mela Gopuram, a massive structure of nine storeys, is a striking landmark. The stupas at the top are nine in number in consonance with the number of storeys as a general rule with such temples. This gopuram is said to have been constructed 350 years ago by Desikamoorthy Swami of the Tiruvaduthurai Math. It is remarkable that from the sixth storey upwards to the ninth, the plaster on the walls is preserved and is beautified with fresco paintings.

According to Mr. C. Subramaniam, an art lover and managing trustee of Muthu Vadivammal Trust, there are four lithic inscriptions of the Pandya times collected together and planted in a line. Two of them belong to Pandya Varaguna Maran of about 875 AD, the third of Pandya Mara Varman of about 1282 AD and the fourth of Vikrama Pandya Deva. The inscriptions of Varaguna speak of his grant of 1,400 gold coins to the temple. There is a mention of a shrine to Nakkira Deva, which speaks highly of the literary advancement of the period.

A little removed from the main shrine and on the northern seashore under a cliff of overhanging hardened sandstone there is a picturesque cave carved out of it, which is famous as Valli’s Cave. Two images are installed there, one dedicated to Valli and another to Dattatreya. The king of a clan of hunters and his men had followed the flight of Valli with Muruga, and here they were confronted by the divine consorts who showered their grace upon the pursuers. The frontal shrine has been embellished by a stone mandapam, the walls of which have paintings of Nambi Rajan.

Almost embedded in a rolling high sand dune on the beach lies a remarkable spring known as Skanda Pushparani — the Nazhik Kinaru. It is a natural phenomenon and is said to have sprung up as Lord Shanmukha planted His lance — the Vel — on the spot.

There is a remarkable spring of fresh crystal water in a stone receptacle known as Nazhik Kinaru. It is a foot square and inset with the larger well. Another water source is one of saltish and highly sulphurous smelling and muddy-looking water. This swells up during the day and is pumped out daily so as not to allow it to overflow into the smaller one. A bath in the sea and in this well is considered to be of much spiritual merit.

Except for the sanctum and mahamandapam, the entire temple structure is of recent origin according to researchers.

The utsavar idols of Lord Muruga, with consorts worshipped by Kattabomman are kept at the first prahara in the northern side, which is characteristic of temple iconography of the 19th century. It is said that Kattabomman used to hear the bell sound after the puja was over at the temple by way of a chain of mandapams built along a distance of about 50 miles to his royal seat at Panchalankurichi.

The kumbhabhishekam of the temple, performed once in twelve years, is slated for 5 July 1995 and the temple is being given a facelift. According to Mr. Uvari A. Kirubanidhi, Chairman of the Trustees’ Board of the Temple, renovation work costing more than Rs. one crore are under progress. He said that a new dhyana mandapam has been constructed with an outlay of Rs. 10 lakkhs adjacent to Valli’s Cave. Mr. Kirubanidhi said the temple management has set up a power station to augment the power supply in the town by spending Rs. 25 lakh. The beach will be illuminated by installing neon lights and it has been proposed to construct a big choultry in a three-phased manner at an outlay of Rs. 84 lakhs to accommodate the devotees free of cost. Every day 30,000 devotees visit the temple.

Patrick Harrigan, M.A. is the publisher of Murugan Bhakti websites including: | Murugan.org | Kataragama.org | PadaYatra.org | Palani.org | Tiruchendur.org --and numerous other in-depth websites devoted to Skanda-Murukan, the ancient multifaceted pan-Indian deity associated with love, war, the Tamil language and the gnostic mysteries.
You might also like
Temples

Short Tour in Pictures
Be the first to comment!
Leave a reply »